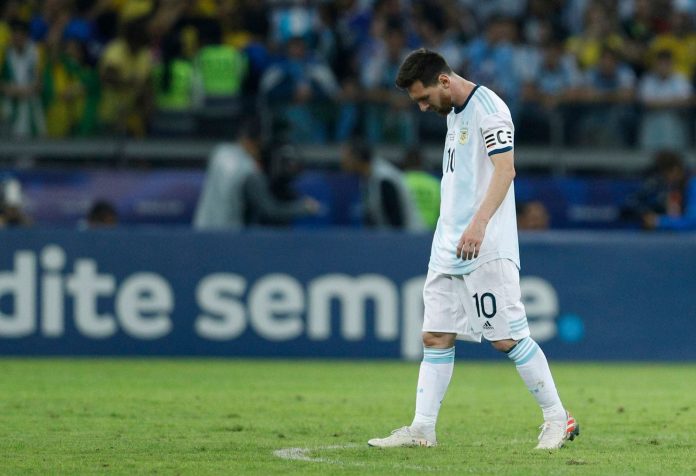 Lionel MESSI was very critical of the officiating which took place during Argentina’s game against Brazil at the Copa America.

Despite himself and the team playing their best game against Brazil at the Copa America, they found themselves eliminated and having to play a third place match. However, MESSI took to the media following the game to talk about the team and the referees. Here’s what he had to say:

“It unsettles you. They are plays that take you out of the game. You see that the referee is not being fair. They never went to VAR. The referees called a lot of bullshit but they didn’t check VAR. It’s incredible. It was like that the entire game. There was a lack of respect from the referees towards us.

“It’s something that has to be looked at and hopefully CONMEBOL can do something about this kind of officiating. The second goal came from a penalty they didn’t award.

“We played our best game of the Copa America. They were never superior to us.