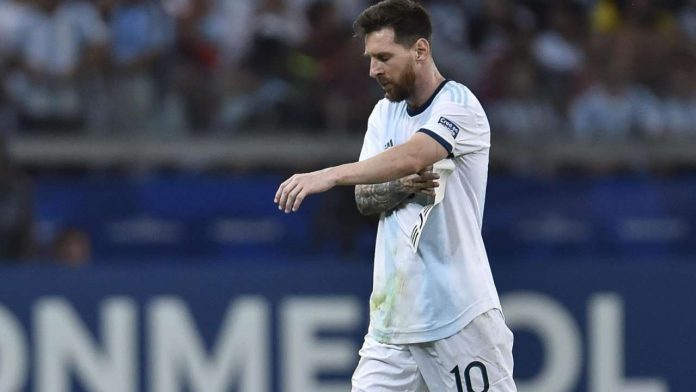 Argentina captain Lionel MESSI addressed his future with the Argentina national team while also talking about the kids on the team.

The veteran and leader of this Argentina team, there’s been lots of speculation about his future in the squad and MESSI spoke about it after his team’s match against Brazil. Here’s what he had to say:

“It’s the start of something new, beautiful. A good group is coming, it’s important, they showed at this Copa that they love the Argentina national team and that there is a future. I found myself fitting in well with the group. If I have to help out somehow, I’ll do it.

“Hopefully they respect these kids because they did a huge job, a very big sacrifice. They are the future and we could be calm because Argentina is going to continue to grow.”