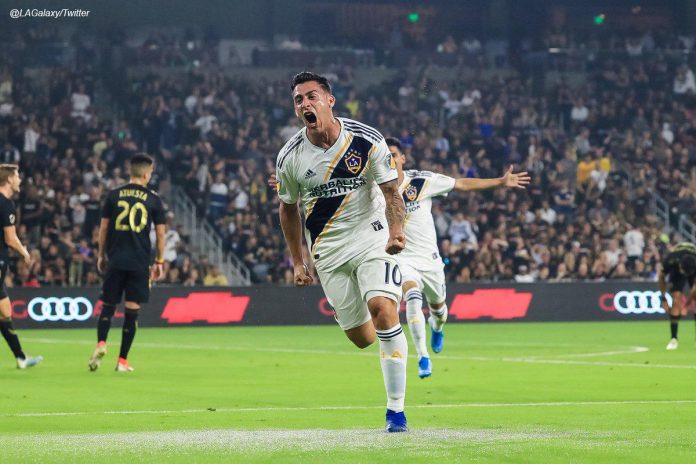 Cristian PAVON scored his debut goal in MLS for the LA Galaxy in their 3-3 draw against LA FC.

It was a match to remember for the former Boca Juniors man. He assisted Zlatan IBRAHIMOVIC after just 1:46 seconds on the clock following a lovely little run and scored a goal which had given the LA Galaxy a 3-1 lead.

PAVON ran in between two defenders before passing the ball to IBRAHIMOVIC to open the scoring. On his goal, PAVON received the ball on the right side of the penalty area, cut inside and his shot beat the goalkeeper for his first goal in MLS.