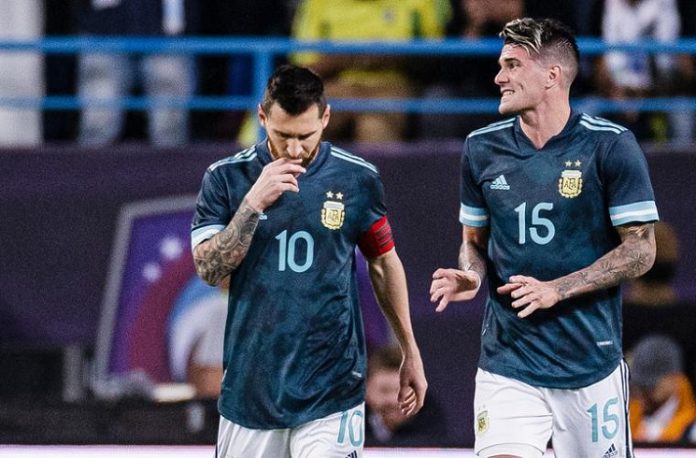 Now a starter for Argentina, De Paul has been important in the balance of the team. The translated quotes courtesy of SempreInter, here’s what he had to say:

“I play in a midfield two with Paredes who is very strong, and I wouldn’t be surprised if we saw him again in Serie A. He doesn’t play much at PSG. I adapt to everything. I run a lot there, but the best thing is that if I get a ball back then I give it to Messi, and he’ll take care of it. I’ve never seen a player like that before. And he’s a nice person, he has fun with us in a particular Argentine card game.”

In regards to Argentina’s attack:

“That’s right, we are very strong up front. Dybala is the one who solves the games, Juve did well to keep him, he’s been in Italy for seven years now. Lautaro had his first year at Inter. But now you’re seeing what he can do. I knew he was so strong. He’s from Racing school, like me and Musso. The national team is a great group, so we have our holidays together. Musso is my travelling companion. He’s very strong, he could be a starter someday. They are gruelling, but joyful trips. And I recover the sleeps that I don’t have with my daughter.”