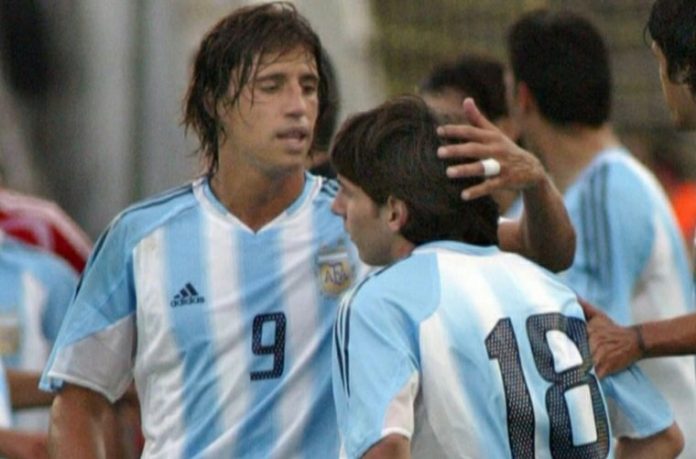 Hernan Crespo has come out and supported his former team mate Lionel Messi.

One of the best strikers of his generation, Crespo took part in two tournaments with Argentina alongside Messi. The first was at the 2006 World Cup where Messi even assisted Crespo for the fourth goal against Serbia and Montenegro. The second was the 2007 Copa America where the team made the final.

Crespo has come out and decended Messi, who has yet to win a senior international trophy. Speaking with Ole, here’s what he had to say:

“It is very difficult to be Messi, nobody can put himself in his place as nobody could, at the time, put himself in Maradona’s place. It is impossible to know what they think and what they live.

“It makes me happy to see him play in the national team, I would love, as an Argentine also, to see him become world champion. Leo is a guy who has been at a very high level for many years, receives kicks, gets up and carries on, always working.

“Actually, if you think about it, somehow it is soccer that owes Messi. But that is not going to take away greatness. We are Argentines and we want him to be world champion, I want him it all my heart, but he goes beyond a title and he will not stop being immense.”