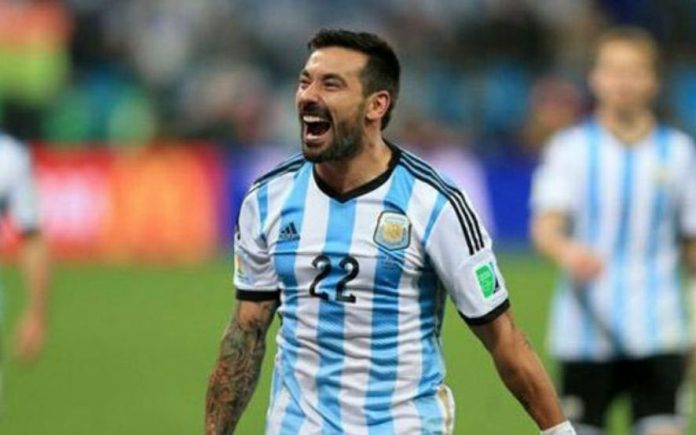 Lavezzi was part of the Argentina national team for several tournaments, including three tournament finals. Sharing the pitch with the biggest stars in the football world, Lavezzi gave an interview with the AFA where spoke about it all. Here’s what he had to say:

“Every camp taught me something different. Being in the national team is the thing that fills you the most pride as a football player because you are representing your country. I had a passage of almost 10 years and I lived a lot of things. With the national team, you don’t go for money. You go for glory. That is better than anything.”

What does the national team have that is special?

“With the national team, you have the responsibility of representing a country. With your club, you live it day by day but here it’s different. You have 15 hours of flying to get to training and the other day you play. Whether it’s a friendly or a FIFA match. You don’t sleep well at night because from there you have another 15 hours of flying to go back to your club.”

If at times it is difficult:

“The players which go to the national team barely have any holidays. I went to play in China and that’s when I started to live normally. It’s a sacrifice but I could’t wait to go see the boys again every two months. I always enjoyed the Argentina national team, a lot. I can’t deny that.”

During these times where he is at home, matches from the 2014 World Cup have been re-airing and if he has seen them:

“Honestly, no. I don’t watch much television but I know that at times they would air full matches because I got a lot of messages. I never watched the final nor do I want to.”

What feeling is he left with in regards to what he lived in Brazil:

“It was a beautiful stage, beyond the fact that we couldn’t win the World Cup. One is left with the experience of having played with the Argentina national team and having been part of a World Cup final. Any guy, any footballer dreams of being there and it’s not many that could do it. And that fills me with great joy, I feel privileged.”

If the dream appeared to be a reality:

“Totally. I remember I didn’t suffer leading up to it. Yes, I slept a little later than usual because the Brazilians kept throwing firecrackers. I woke up at 8:00 in the morning, I had a few mates with the guys and when we went to the pitch, it was incredible. I knew that never in my life would I l live something like this and I enjoyed it that way.”

What goal was celebrated the most?

“We screamed a lot at Fideo’s (Angel Di Maria) goal vs. Switzerland. I was already substituted out and when he scored, we I ran out celebrating with all of the substitutes until the other side of the pitch to hug. It was a very difficult match which we won in extra time.

“After that there was Pipa’s (Gonzalo Higuain) goal vs. Belgium which was also tremendous because we felt it was pressure off our shoulders. It had been a while that Argentina had not passed the quarter finals and for us that was important.”

If it surprises him that he played as big of a role as he did during that World Cup:

“The truth is that I wasn’t preparing thinking of that. I remember that one time, after training I was with Masche and he told me: “Pocho, you are fat, this is a World Cup, it’s different from anything else.”

“I responded by saying that I didn’t think I would play a lot but he convinced me and in the end I told him “As of now, I will eat everything you tell me.””

And you accomplished it?

“Yes! The truth is that I was very gracious because every day I would go to him and ask him what I could eat. During my spare time I would go to the gym and I ended up in good shape. Let’s say I was on the right track.”

Sabella appreciated you a lot apparently:

He pushed you a lot?

“The day he got really heated was the match vs. Brazil in the United States. It lasted five minutes. I was substituted in, I lost it and grabbed Marcelo by the hair. Alejandro let me have it! But it showed he forgave me since he kept calling me up.”

If you had to pick a team mate out of all of these years, who would it be?

“The truth is that I have a very good relationship with all of the guys. I believe that what grew with that group was hallucinating because there were no differences with anyone. Particularly, in the camp I was with Fideo (Angel Di Maria) since we were together all day. That undoubtedly generates a different friendship but the truth is that there was very beautiful friendship with the entire group.”

And a player who you played a pitch with?

“The truth is that I have played with many extraordinary players and I’m thankful for that. But I can’t not pick Leo (Messi). It was nice because you see him as he is. As someone normal, with him I shared a lot of things since we were young. I was bunkered in with Leo the first time he came with the Argentina national team. After that we played the Sudamericano in Colombia and we were also paired together.

“As time goes by, obviously the younger ones find it more impressive being with Messi, the great winner of so many Ballon d’Ors. But as the older guys, we always tried for them to see him as someone normal.”