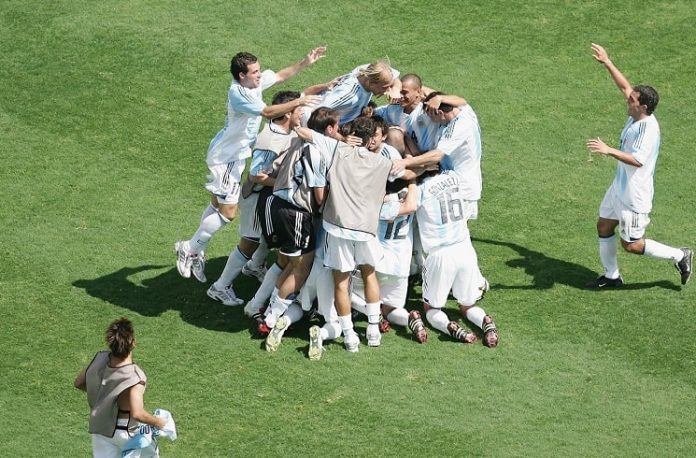 Mariano Gonzalez gave an interview with the AFA where he spoke about winning gold with the Argentina national team, playing under Marcelo Bielsa and more.

A veteran of the game, Gonzalez is now 38 years of age playing with Santamarina in Argentina. Winning gold with Argentina at the 2004 Olympics games, Gonzalez spoke of it all in the interview. Here’s what he had to say when asked about it:

“It was a unique experience because our country was without an Olympic gold medal for 52 years. As time passes by, one realizes the importance of it, what it cost to get it. We finished the tournament invincible, without letting in a goal. Truly, we played really well and even that same year we were close to winning the Copa America but lost the final on penalty kicks.”

On why he thinks things went the way they did:

“We were a group which worked long before the start of the tournament, which is something rare to be able to do with a national team. We got to Athens with 7 or 8 months of the group being called up, the coach prioritized that.”

How it was going through it all with Marcelo Bielsa:

“Bielsa had more confidence in me than I did in myself. I think it was a matter of time until I was able to show what I learned with him. He really showed us what he is: Passionate for what he does, a humble guy. I saw him asking for forgiveness from a 17 year old sparring partner for having spoken badly at the time of having to train. He has tremendous values and a beautiful madness to him.”

He was also asked if he was ever part of that madness:

“Yes, clearly. He had things that for us, it was very difficult to understand. The first time he called me up, all of the forwards were together and he asked us who would go back and defend when we had to. I told him I had to stay up and close to the goal and he responded telling me: “You have three goals in the Primera, you have to run.”

Gonzalez played alongside many who had great careers. But if he had to pick one, who would it be?

“I have to say two: Tevez and Mascherano. But the truth is that I share a team with many important guys like Kily Gonzalez, Roberto Ayala, Javier Zanetti. Over time, you end up analyzing things in a different way. Today, I see how a lot of kids leave everything behind in order to win a spot in the main team, how they try hard.

“I was lucky enough to have been able to play in great teams in our country, to have had a career in Europe and to have lived beautiful times with the Argentina national team. I’d say experience makes you value more the things you achieved.”