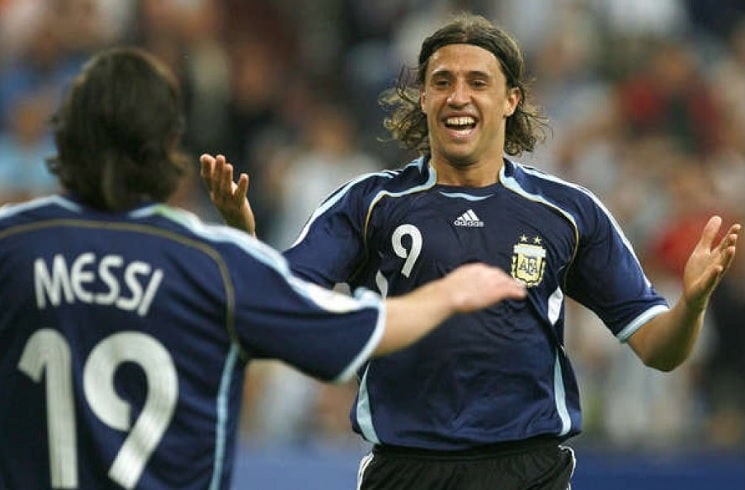 Hernan Crespo was once a veteran of the Argentina national team and the prolific goal scorer spoke about the team’s elimination from the 2006 World Cup and what he had told Lionel Messi.

Crespo was fully established not only in the Argentina national team but in world football. Playing for world giants such as AC Milan, Inter, Chelsea, River Plate and others, Crespo made a name for himself scoring goals. Speaking in an interview with Superfutbol, the former striker spoke about Argentina’s match against Germany at the 2006 World Cup. Here’s what he had to say:

“I haven’t gone back and watched the finals because it’s the end of the movie and it only brings up pain. What I could tell you was for that match, most people in that group were surprised at Saviola’s exclusion.

“It was with him that we went through the entire World Cup qualifiers and we played really well.”

When asked about Lionel Messi finishing the match on the bench:

“Messi still wasn’t what we all thought he would be. At that time, he was someone that could be the best and unbalance (the opponent) at any time, especially in the last 20 minutes. In between all of the pain was me knowing that I told Leo I would get him to the semi final and that he would make me win the other two matches.”