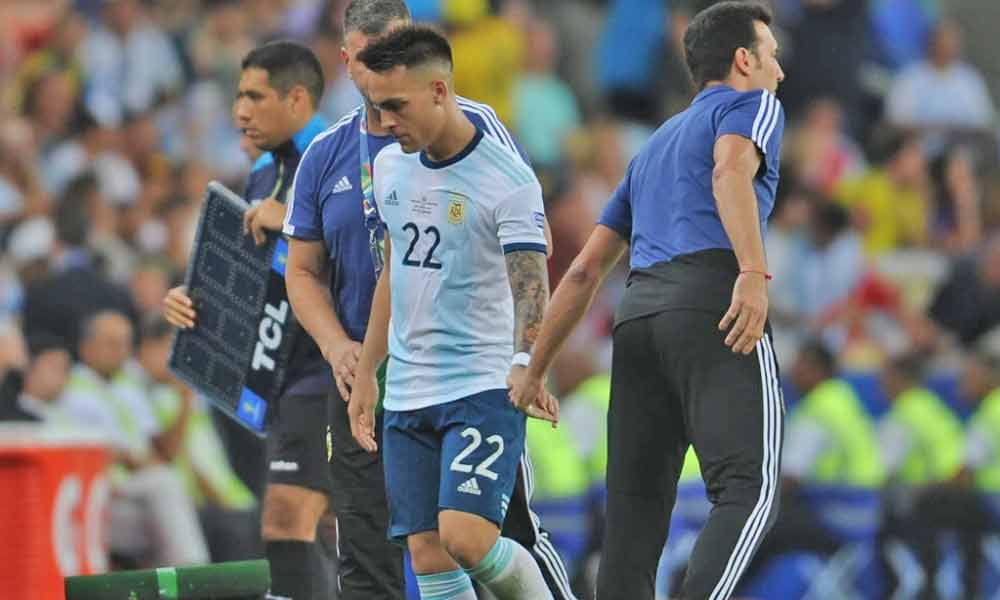 Lautaro Martinez has been linked to Barcelona for several months. Per many reports, the Argentine is close to finalizing a deal and would be joining fellow team mate Lionel Messi at Barcelona. Current Argentina coach Lionel Scaloni spoke to Radio La Red where he commented on it all. Here’s what he had to say:

“For me, I’d like for Lautaro Martinez to play, to have continuity. But he’s young and he’s going to win a spot because he’s always running for more.

“He will have to sacrifice and he will have to win his spot. If Lautaro ends up going to Barcelona, I believe the coach (Quique Setien) will find a way to get him as a starter.

Lionel Scaloni was part of the coaching staff for the 2018 World Cup and he commented on why Lautaro was not selected:

“The Lautaro Martinez before Russia was not the one we have now. He has grown a lot. Today, he’s much more of a player. Just as much, he was in consideration until the last moment.”