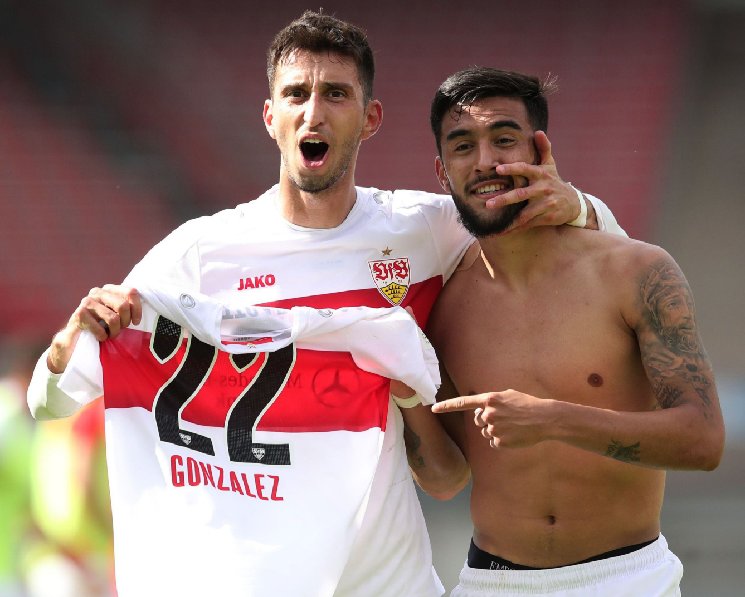 Nicolas Gonzalez scored twice for Stuttgart in their 6-0 win vs. Nuremberg with the team practically sealing promotion to the Bundesliga next season.

Gonzalez scored Stuttgart’s fourth goal of the match, a flying header which beat the goalkeeper. The Argentine wasn’t done there as he would add one more. Now at 5-0, Gonzalez would score with a lovely left footed shot from inside the penalty area.

He has continued to impress since the start of the break. The Argentina man has scored 8 goals in his last 8 matches and is the highest scorer this season at the club with 14 and three assists. Still only 22 years old, Gonnzalez will be one to watch not only in the Bundesliga next season but potentially for the Argentina national team.

This result all but confirms that Stuttgart will be playing in the first division next season. They currently sit second in the table and are 3 points ahead of Heidenheim who are in third place. However, Stuttgart have a goal difference which is superior to that of Heidenheim’s by 11, which means it would take something dramatic to see them failing to qualify.