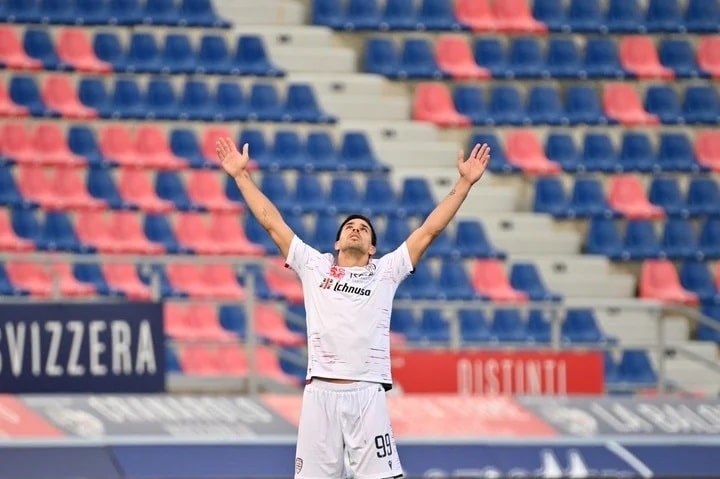 Giovanni Simeone has now reached 10 goals this season as he scored for Cagliari in their 1-1 draw vs. Bologna.

Simeone has been on fire since the return of Serie A. The Argentina man has now scored in four consecutive matches. With Bologna leading 1-0 having scored right before half time, Simeone would score in the first minute of the second half.

A short pass played into the area found Simeone as he scored from close range.