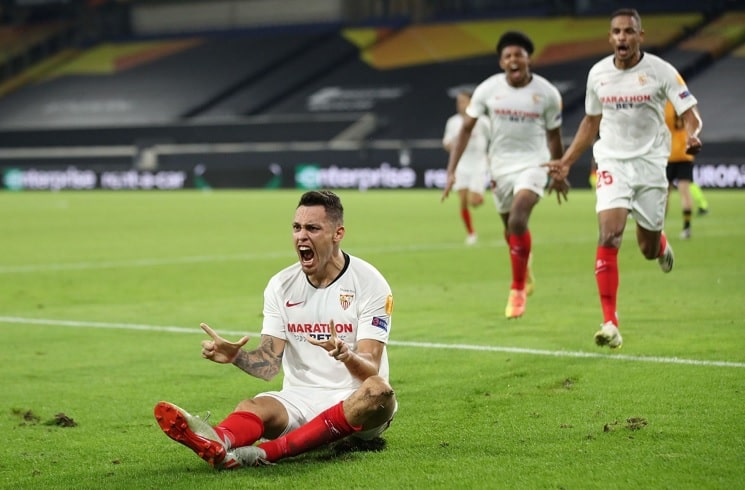 Lucas Ocampos scored for Sevilla in their 1-0 win vs. Wolves in the Europa League.

It was the Argentina show for Sevilla as Ever Banega and Lucas Ocampos were two of the standout players for the Spanish club.

Wolves were awarded a penalty in the first half which was saved by the Sevilla goalkeeper. The second half looked go be going into extra time until the two Argentina players connected.

Ocampos would score off a Sevilla corner. The set piece was taken short and found Banega who crossed the ball into the area and Lucas Ocampos scored the header just minutes before full time.

17 – Lucas Ocampos has scored his 17th goal of the season in all competitions, with 2019-20 now his outright best scoring season in Europe. Clutch. #UEL pic.twitter.com/u9xmJji4Kf

🏆 Sevilla forward Lucas Ocampos did it again as he scored a late header that turned out to be the winner against Wolves! Sevilla progress to the semi-finals to face Manchester United! pic.twitter.com/gFvVREZwNx