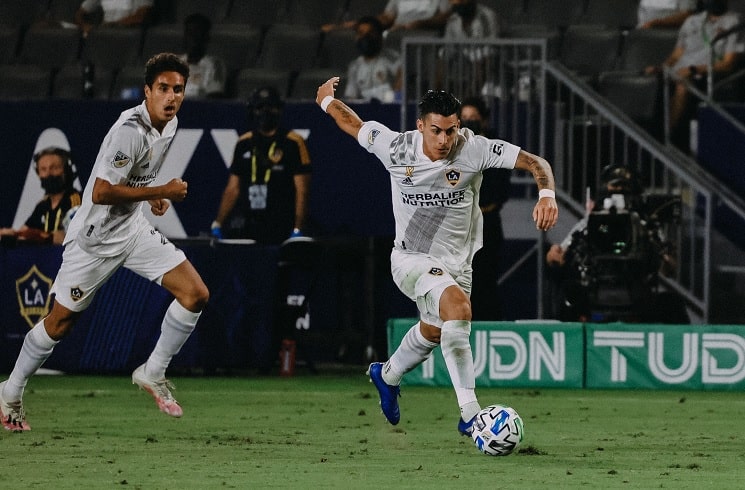 Cristian Pavon scored the first goal of the match in LA Galaxy’s 3-0 win vs. LAFC.

With the first half tied at 0-0, Pabon got onto the end of the ball and with the goalkeeper approaching, the Argentina man would lob the ball over the goalkeeper to give the LA Galaxy the 1-0 lead.

Pavon would also have the assist on the second goal with fellow Argentine Emiliano Insua getting his first assist for the team.

Still on loan from Boca Juniors, Pavon has a 20 million price tag and the 24 year old could see himself stay in Los Angeles with similar performances.