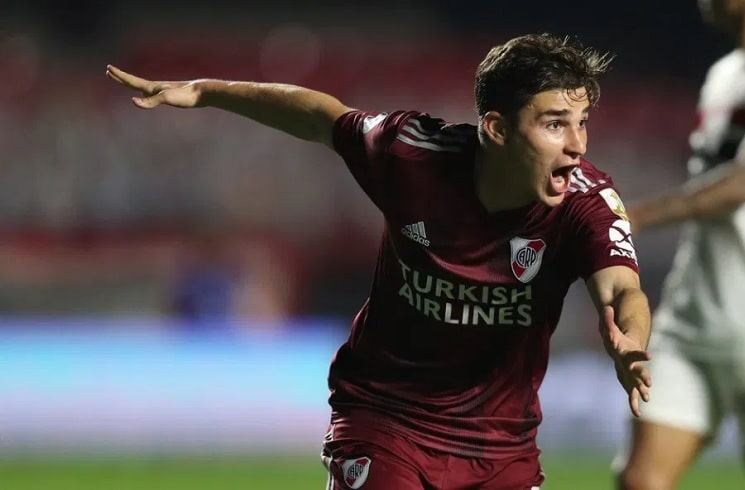 Hernan Crespo’s team got a massive 3-0 win while River Plate remarkably scored all four goals in their 2-2 draw vs. Sao Paulo.

Getting their first win in the group, it was Braian Romero, Gabriel Hachen and Nicolás Leguizamón scoring the goals in a 3-0 win vs. Delfín. A lovely goal starting from the goalkeeper and played out from the back saw Braian Romero give Crespo’s team the 1-0 lead.

The second half saw Hachen unmarked inside the area as his effort beat the goalkeeper to double their lead. Once more, a great team goal with individual brilliance at the end saw Leguizamón scored the third.

Still in Argentina, Racing Club lost 1-0 to Nacional which saw them go down to second place. It was a penalty goal by Gonzalo Bergessio.

It was a night which saw River Plate score four goals but the match ended in a 2-2 draw against Sao Paulo. The team from Brazil took a 1-0 lead off an Enzo Perez deflection. Shortly after, Borré would draw River Plate level.

Argentina man Lucas Martínez Quarta would assist River’s second of the game. He would play the pass into 20 year old Julián Álvarez and the Argentine would score with a first touch to give River the lead. Once more it was an own goal as Angileri would score and Sao Paulo would draw level.