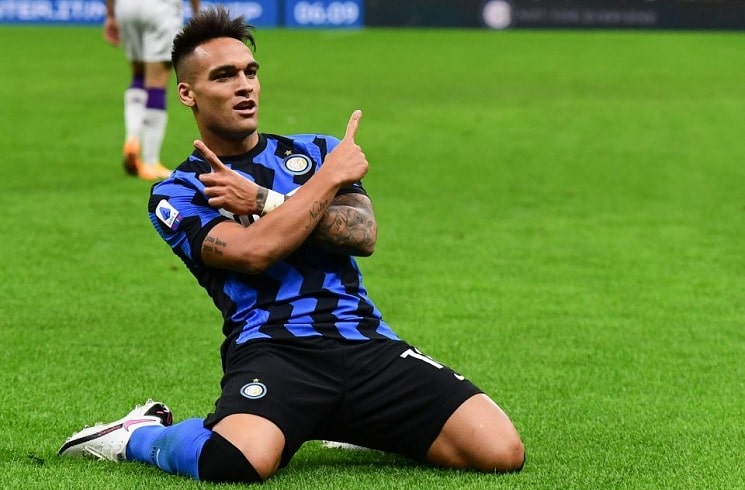 Lautaro Martinez scored a great goal for Inter in their 4-3 win vs. Fiorentina.

In a match which saw Inter score twice in the last three minutes of the game, it was Fiorentina who took the 1-0 lead just minutes into the match. Lautaro Martinez would draw Inter level during injury time of the first half, a great right footed strike from the edge of the penalty area.

Still only 23 years of age, Martinez also had an assist in the game. Per Oprta Paolo, Lautaro is among the best in scoring from outside of the penalty area.

4 – #Lautaro Martínez has scored four goals from outside the box in 2020 calendar year in all competitions: among top-5 European Leagues, only Calhanoglu (eight) and Malinovskiy (five) have netted more from outside in the period. Ours.#InterFiorentina pic.twitter.com/3x3NhR3bL6