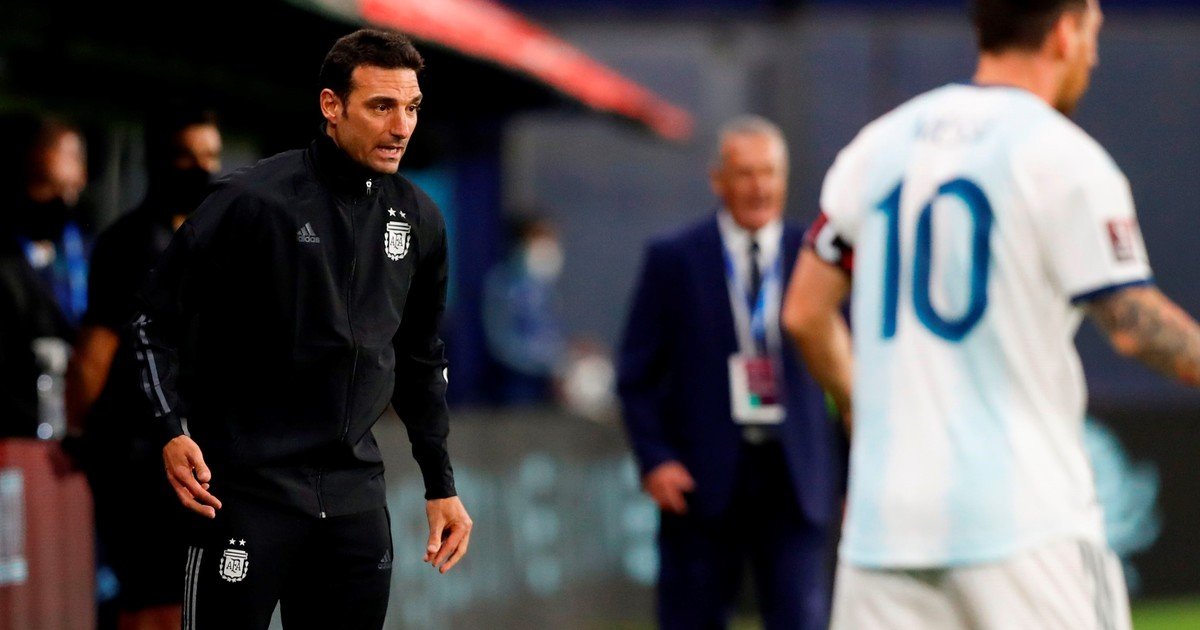 Argentina national team coach Lionel Scaloni spoke at a press conference about the difficulties of playing at altitude, his team and much more.

Lionel Scaloni won his first World Cup qualifying match and will look to make it two out of two against Bolivia on Tuesday. Argentina’s track record playing in La Paz is far from the best but coach Scaloni spoke about being ready to play at altitude. Here’s what he had to say:

“We took the decision to fly here yesterday because of everything. We saw other teams come here a few days before and they trained like we will train at altitude. We believe it could be interesting.

“There’s no formula to play at altitude. It’s not the same level and that’s why we are taking precautions.

“The difficulty is at its highest, we’re playing against a national team where in their country, it’s very difficult. But we have a plan and we will try to execute it well.

“The change of air is true but the real important thing is the way the ball moves. The attacks have to be finished off and not for it to be a back and forth match.

“I believe that they, playing at home, will come out to attack as they always do at altitude. It will be a difficult match.

“If we were to come here and defend and give the ball away or kick it away, in the end, we won’t be able to do anything. We have a clear way of playing.”

Scaloni also spoke about the team:

“There won’t be too many changes in the team but we will wait until the training session in the afternoon to confirm it. Acuna left the match against Ecuador injured and trained different from the rest of the group. We have different options to select in that position.

“We have very good players and they will face the match they way they should. There’s no problem with the goalkeepers. There are different players competing for that spot, many of them could be starters. The same thing with other positions.

“We have central midfielders who are good on the ball. The differences can be on the wings, to be more offensive or not. We will try to have the ball and be sharp when we can.

“We are aware that we had to win the match against Ecuador. Now we are much more calm and we know that there are a lot of things to improve. It was important to start off with a win. We are happy with that and now we could work more calmly. I watched all of the World Cup qualifying matches and most were very difficult.

“Salvio has a chance, the same as everyone else. We have a lot of options in that spot. I don’t rule anyone out.”