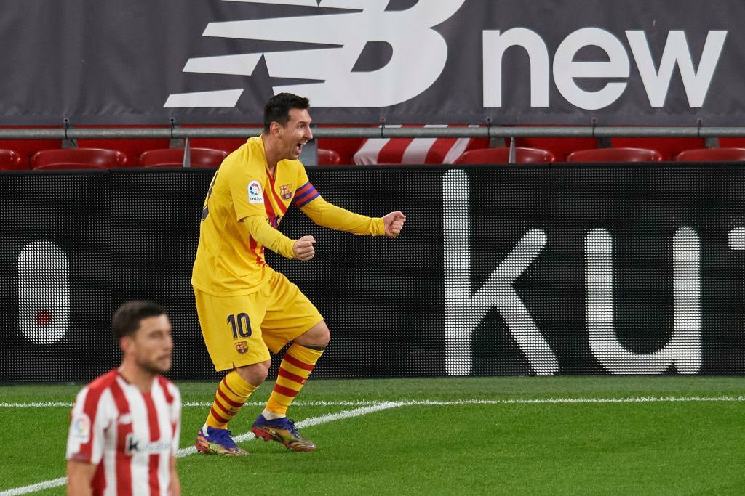 Lionel Messi scored twice for Barcelona in their 3-2 win vs. Athletic Bilbao.

Messi managed two goals and was involved in the third for Barcelona as they slowly continue to climb in the league. The first goal saw Messi send in a lovely cross over to Frenkie de Jong who would pull it back to Pedri for the goal to draw Barcelona level.

The second goal was a lovely one-two between Pedri and Messi. The Argentine would get the ball, pass it to Pedri as Pedri would backheel it back to Messi who would score to give Barcelona the 2-1 lead. However, Messi wasn’t done just yet.

Barcelona would take the lead and through a second Messi goal, arguably better than his first. Griezmann would play a pass into the penalty area as Messi’s shot would hit the crossbar and go in to give Barcelona the win.

In addition to his two goals, Messi also hit the post twice. He is now on nine goals and four assists in 16 matches with 12 goals in 20 matches including the Champions League.