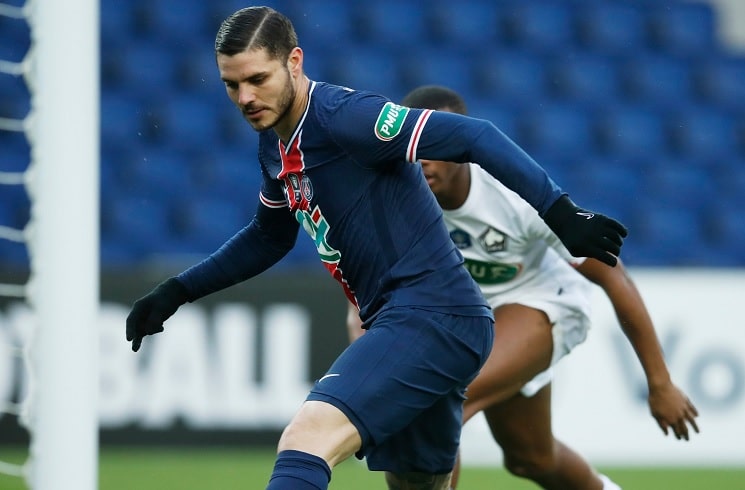 Mauro Icardi scored for PSG but was also substituted out with an injury in their 3-0 win vs. Lille in the French Cup.

Icardi would score very early on in the match before being substituted out. A cross sent into the area was blocked by Lille goalkeeper Maignan but he was unable to hang on to it as Icardi would get to the loose ball and score to give PSG the 1-0 lead.

Mauricio Pochettino would substitute Icardi out after he had started limping. Angel Di Maria, who was substituted out of PSG’s last match due to a break in at his home, started the match along with Leandro Paredes and played the full 90 minutes.