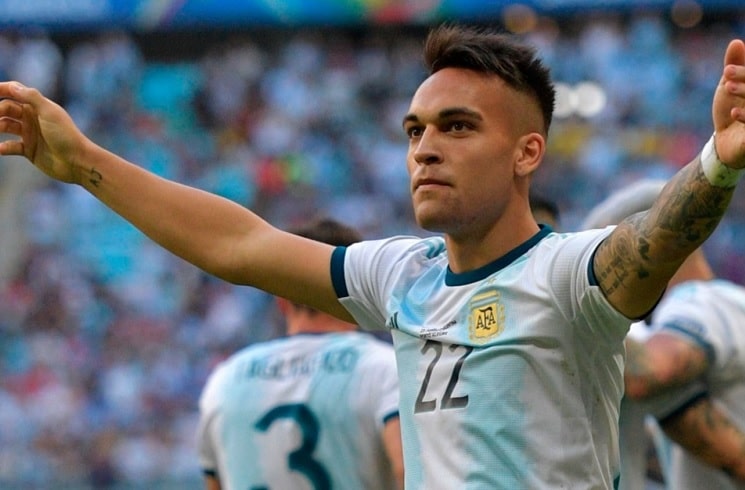 Argentina U23 coach Fernando Batista stated that Lautaro Martinez will be on the preliminary list of 50 players for the 2020 Olympics.

Fernando Batista revealed that the Inter striker will make the initial list of 50 while also hinting at other names. Some of the other names being mentioned along with the Inter striker are those of Juan Foyth and Exequiel Palacios. Should Lautaro be selected for the Olympics, he will also likely be picked for the Copa America which will be played before the Olympics in Japan.

Speaking in an interview with TyC Sports, here’s what Batista had to say:

“Come the moment in June, we will see how every one is doing to be able to pick the players in the best way possible. It’s difficult, there are a bunch of guys that are at a fantastic level.

“In the list of 50 players, I will put Lautaro Martinez, he is a player within the age limit. Today, there are a few players that are with the senior national team like Juan Foyth, Exequiel Palacios or Lautaro and one can pick them.”

In addition to the three names mentioned, Fernando Batista spoke about Lisandro Martinez, the man from Ajax:

“He gives you the possibility of being a center back, a full back or in the middle. When you have 16 outfield players, those players are sometimes important. As a coach, you evaluate these things and in those positions, he does well.”

Regarding clubs possibly not releasing players:

“We live with that all the time. There are coaches that left, like Tata. But you don’t have to get angry, you have to be prepared for that. Sometimes it hurts you more when it comes from the local league. Sometimes you’re planning something and it angers you. What I do is always look forward.”

As we reported earlier, Argentina will be one of four seeded teams when the draw takes on April 21 in Zurich.