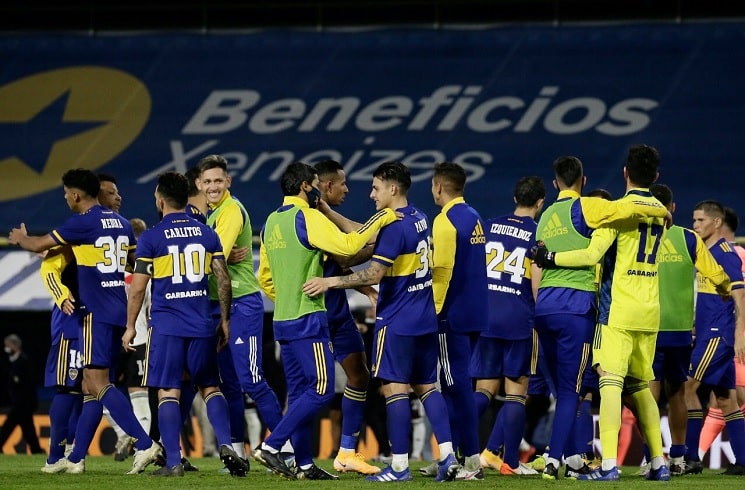 It was Boca Juniors who got the 4-2 win on penalties vs, River Plate at La Bombona after finishing 1-1 after 90 minutes. Boca advanced to the semifinals of the Copa de la Liga Profesional with the shootout win. The team coached by Gallardo played with an XI consisting mostly of substitutes due to a massive Covid outbreak which struck 15 players inside the squad.

Carlos Tevez opened the score for Boca with a header in the 11th minute, after what looked like a clear foul that was not called by the referee. Boca’s idol had pushed River’s center back Jonathan Maidana right before giving Boca the lead.

River drew level in the 68th minute with a great header from the young but experienced striker Julian Alvarez, which came after great cross from Fabrizio Angileri on the left.

With the score at 1-1 after 90 minutes, the Superclasico went to a penalty shootout. Two great saves from Boca’s goalkeeper Agustin Rossi led the hosts to the semifinals, where they will face Racing Club in the next round. Boca also snapped a three-game losing streak.

After the win, Boca’s vice president and legend, Juan Roman Riquelme, talked with TNT Sports and had some controversial things to say:

“The victory is deserved; River did not even have a kick on goal.

“I have no doubt that we have the best team in the country.”

He even spoke about the possibility of Edinson Cavani joining the squad next year:

“I think next year he will be with us, God willing. In December he told me that he wanted to come. The only thing we can offer him differently is that our stadium moves when it is full. But today we are not playing with people so we can’t offer him that now. He’s a star.”

Because all four of River’s goalkeepers tested positive for COVID yesterday, 21-year-old Alan Diaz, who had never played a single minute in the Reserves, made his debut in Sunday’s match. The inexperienced goalkeeper did a great job and was one of the stars of the match. One highlight was a save in a decisive moment, a difficult shot from Carlos Tevez. He also saved one of the penalties in the shootout, when Cardona tried to score with a Panenka.

Boca’s center back “Cali” Izquerdoz and River’s center back Hector Martinez were crucial in their respective defensive structures. Both played at a high level, with constant interceptions and clearances.