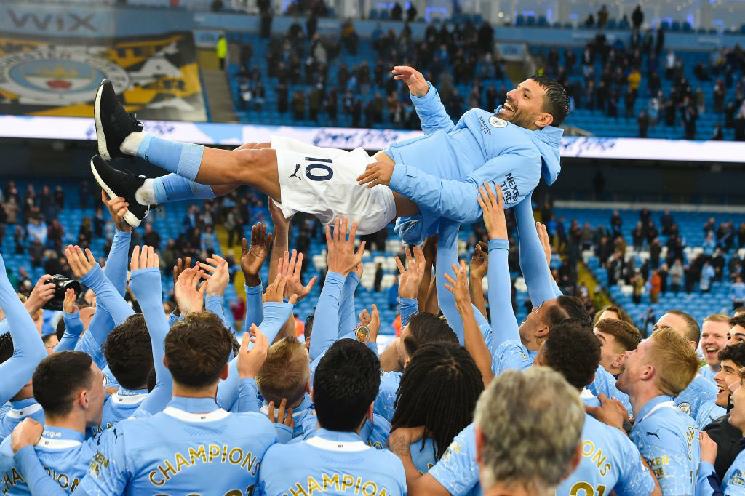 Aguero started Manchester City’s final Premier League match on the bench when they hosted Everton. It was 3-0 for Pep Guardiola’s team when Aguero was substituted on for a standing ovation. All 10,000 fans in attendance stood to cheer on the City legend.

It took Aguero just six minutes to score after being on the pitch. A lovely dribble inside the penalty area gave City the fourth goal of the match. However, Kun wasn’t done just yet.

The Argentine had one more trick up his sleeve. A cross inside the penalty area found Aguero as he would head the ball for his final Premier League goal, making history in the process.

His two goals allowed him to reach a total of 184 goals for Manchester City which is the most goals ever scored by a player for a single Premier League team.

Manchester City were officially crowned Premier League champions a few days ago but the celebrations started immediately after the match. With fans in attendance, the trophy was brought out for everyone to celebrate. Here is what City coach Pep Guardiola had to say about the Argentine legend:

“He is a special person for all of us. He is so nice. He helped me a lot. We cannot replace him. We cannot.” 😢

An emotional Pep Guardiola is reduced to tears when asked about Sergio Aguero, who will leave Manchester City this summer.https://t.co/COVNqfr9Dr #MCFC pic.twitter.com/PthCDZVBhI