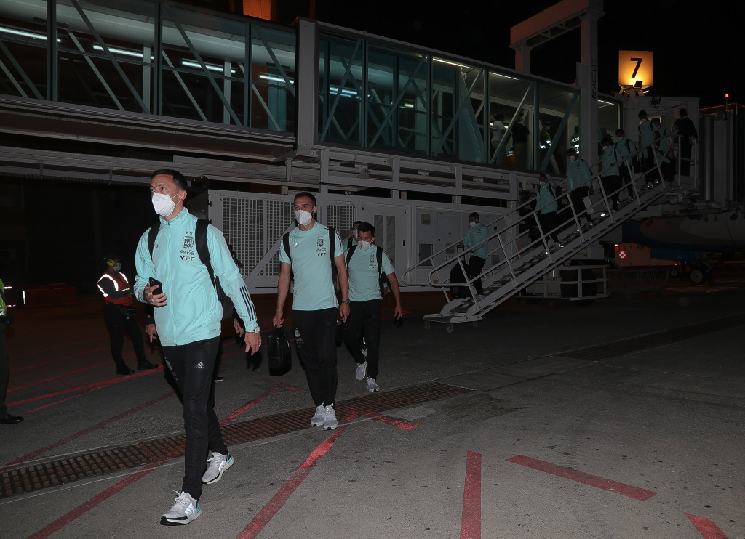 Argentina play their second World Cup qualifying match of the month when they take on Colombia on Tuesday.

Following the team’s 1-1 draw vs. Chile on Tuesday, the Argentina national team have landed in Barranquilla for their match vs. Colombia. Per several reports in the Argentine media, coach Lionel Scaloni will start with a 5-3-2 formation. Here is the rumored starting XI:

With Franco Armani not travelling with the team due to COVID, Martinez gets his second cap for Argentina. In addition, Gonzalo Montiel, who missed the match vs. Chile due to a positive PCR test, has tested negative and is in the eleven in place of Foyth.

Nicolas Otamendi did not play vs. Chile due to suspension and is back while Lo Celso, who also missed out, would start in place of Lucas Ocampos.