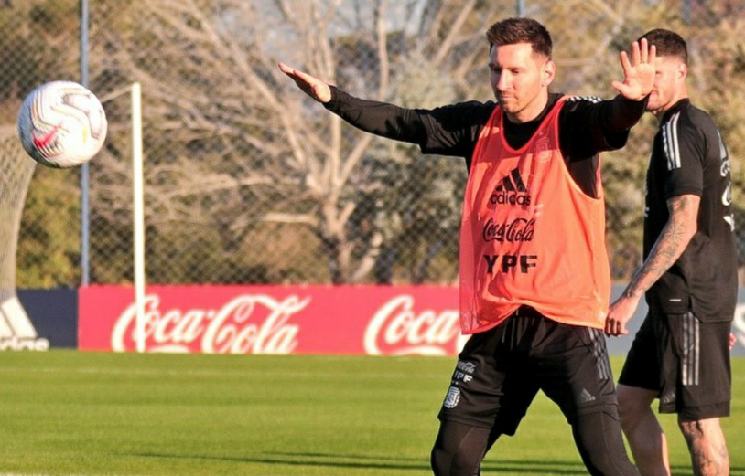 The Argentina national team will play Chile on Monday in their Copa America opener in a re-match from last week’s World Cup qualifier.

Argentina coach Lionel Scaloni has nearly everyone available for the match on Monday. Cristian Romero is not fully fit which means he will not play vs. Chile while Franco Armani has tested negative, along with the rest of the squad.

Lionel Scaloni held a training session on Saturday and it was the same based of players which started the last World Cup qualifier vs. Colombia. Per a report by Ole, the eleven in training were the following: