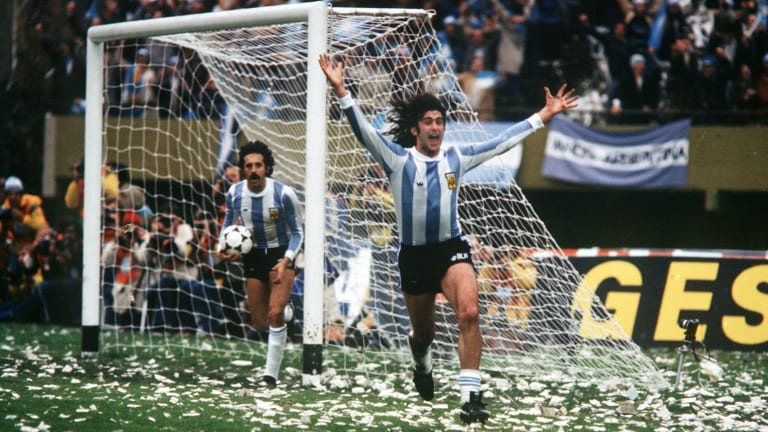 On this day in 1978, Argentina went on to win their first ever FIFA World Cup.

It was a tournament filled with controversy but the final saw hosts Argentina vs. Netherlands in the final at the Monumental in Buenos Aires. It was the Dutch’s second consecutive final after having lost in the final to Germany four years prior.

Daniel Passarella was the captain of the team and lifted the trophy but it was Mario Kempes pulling the strings and scoring the goals up front. With the score 0-0, Mario Kempes would receive the ball on the edge of the penalty area and drag it forward before rolling it passed the goalkeeper and giving his country the 1-0 lead in the World Cup final.

Just eight minutes from time, Nanninga would draw the Netherlands level, scoring a header from inside the penalty area to take the match to extra time. The additional 30 minutes would see two more goals, both scored by Argentina.

Mario Kempes would be the star man once more. A great individual goal as he would skip passed the Dutch back line and while his initial shot was saved, Kempes would score the rebound to once more give Argentina the lead.

From there, Daniel Bertoni would double score Argentina’s third of the match following what was possibly a lucky one-two inside the penalty area.

Argentina would lift the trophy for the first time, the only time on home soil with Mario Kempes finishing as the tournament’s top scorer with six goals.