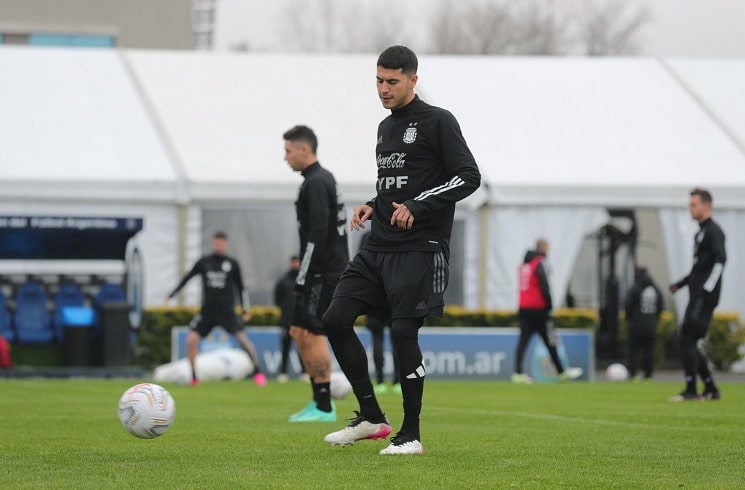 Argentina national team coach Lionel Scaloni has everyone fully fit for Monday’s match vs. Bolivia at the Copa America.

In addition to Nicolas Gonzalez and Gio Lo Celso being back with the team, Scaloni received some good news as Palacios trained with the rest of the squad. This means that Scaloni has everyone available.

When speaking to the media following the team’s 1-0 win vs. Paraguay, Scaloni stated that he would rotate the squad for the next match. Some of the names likely to be rotated are the six that are on yellow cards. Emiliano Martinez, Lucas Martinez Quarta, Gio Lo Celso, Leandro Paredes, Joaquin Correa and Lautaro Martinez are the six that are one yellow card away from missing the next match.

While the cards are erased after the quarter finals, a yellow for any of them vs. Bolivia would mean that they would miss the quarter final match. However, Lautaro could benefit from a goal vs. Bolivia to get him back in scoring form. It remains to be seen who Scaloni will be resting.