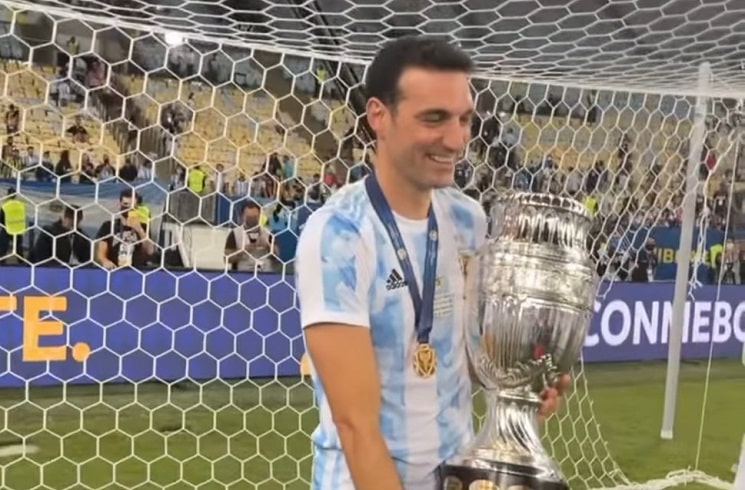 Argentina national team coach Lionel Scaloni has done what seemed to be the impossible when he first took over as coach of the team three years ago.

Lionel Scaloni took over an aging team that was in need of a change and he did just that. His first major tournament was the 2019 Copa America where he took his team to the semi finals and lost in controversial fashion against Brazil. Two years later, he was able to coach the team to a trophy.

Scaloni is the first coach to win a trophy for Argentina since Alfio Basile did it back in 1993 where he won the Copa America. Speaking at a press conference, here is what he had to say:

“It was a very difficult Copa America. Thankfully, it was ours. I’m convinced that any coach in my position would have made the generational change. These guys leave it all on the pitch every time they go out.”

In addition, Scaloni revealed this about the captain:

“Lionel Messi played against Colombia and Brazil with hamstring problems.”

As for the Copa itself and the team:

“I would like to dedicate this win to my mother, to my entire family, to my people and not to forget the guys that tried to win the Copa. This is for them too.

“When we all move forward, it’s difficult for things not to go well. We have a footballing culture that is difficult to see in other countries. When everyone is aligned, great things can happen. You have to let things happen naturally.

“The matches are all difficult, there will be a lot of obstacles and that cannot be an excuse.

“Logically, it’s a great title, especially for the people. I hope Argentine’s can enjoy it. I think they feel an identity with this team that never gives up.”