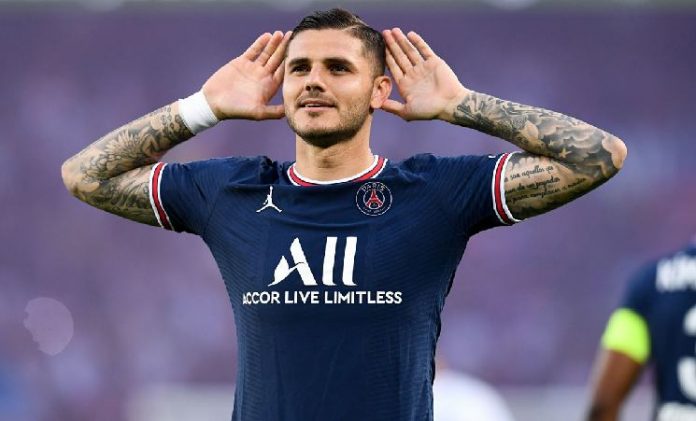 Mauro Icardi is rumored to be included in the Argentina national team for September’s World Cup qualifiers.

If rumors are to be believed, the PSG man will be returning to the Argentina national team. Per a report by Ole, the AFA have contacted PSG notifying them that they are “reserving” four players. Those four being the four Argentine players at the club; Lionel Messi, Angel Di Maria, Leandro Paredes and Mauro Icardi.

While the three Copa America winners will be included, despite Icardi being “reserved”, he could still miss out on the team as Lionel Scaloni and the coaching staff can still change their minds and decide to exclude him from the squad.

As we reported a few days ago, Lautaro Martinez might not be fit for September’s matches while Lucas Alario is in the same situation. Sergio Aguero is also ruled out with an injury until October. Icardi has managed two goals in PSG’s first two matches of the season.

Per other reports in the Argentine media, the squad will resemble that which won the Copa America with a possibility of one or two new inclusions. The squad is expected to be announced in the next few hours.