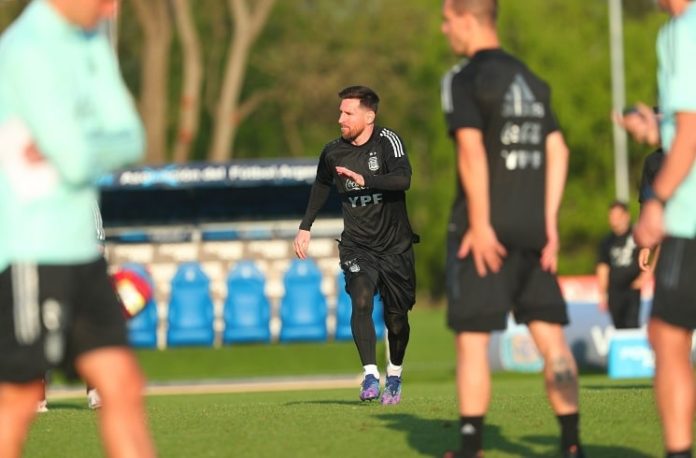 Lionel Messi trained with the team during Saturday’s training as coach Lionel Scaloni still has three doubts regarding the eleven.

Messi, who was reportedly not fully fit, trained with the squad on Saturday and will start against Uruguay on Sunday’s World Cup qualifier. The first is that of Marcos Acuna. He was substituted off in the first half against Paraguay and was replaced by Nicolas Tagliafico.

While it is between one of those two, it does appear that Tagliafico will start. The second is between Gonzalo Montiel and Nahuel Molina. It was Molina who started played against Paraguay but Scaloni did mention that Montiel might start on Sunday.

The other doubt is between Gio Lo Celso and Alejandro Papu Gomez to see who would play alongside De Paul and Paredes. Lo Celso started the match against Paraguay but Gomez came on as a substitute and impressed. According to TyC Sports, here is the rumored eleven: