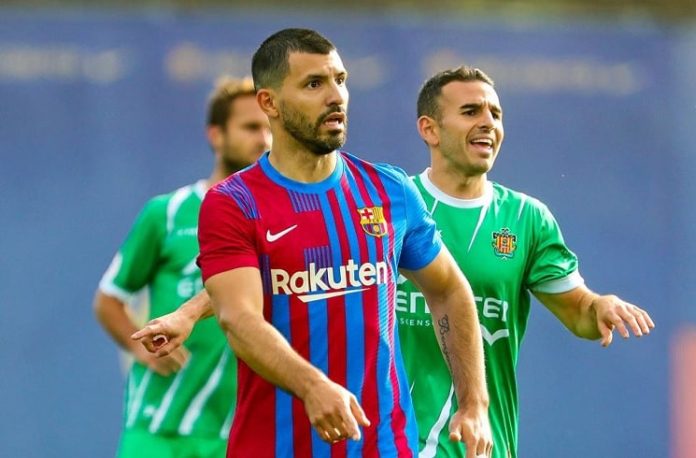 Agüero made his long awaited debut for FC Barcelona on Wednesday in a friendly training match against Cornella. While the match ended in a 2-2 draw, it was Agüero’s first time wearing a Barcelona shirt in a match.

Barcelona’s new number 19 dribbled around the goalkeeper and scored in the draw. He joined the club on a free after spending 10 years at Manchester City where he became the club’s all time leading goal scorer.

The Argentine was initially set to be part of the national team for the September and October World Cup qualifying matches but an injury kept him out of the squad. He has yet to play a league match for the club.