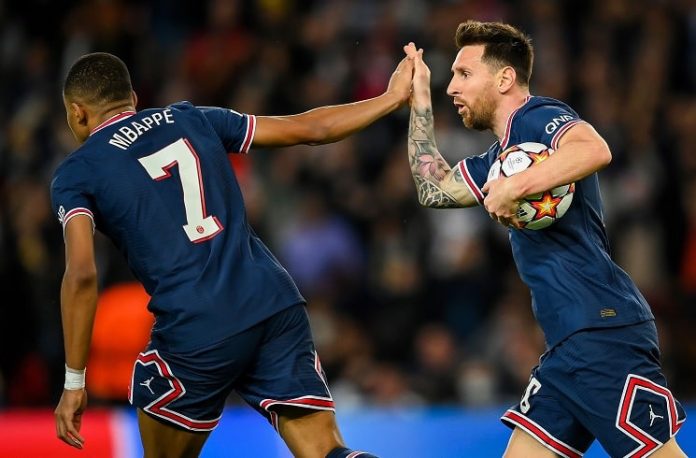 Lionel Messi scored twice for PSG in their 3-2 win vs. RB Leipzig.

Messi was involved in all three goals for PSG in their Champions League win. With the score at 0-0, Messi won the ball back on the edge of the PSG penalty area as their counter attack ended in Mbappe scoring.

PSG would then fall behind as Leipzig would take a 2-1 lead. Mbappe would make a run inside the Leipzig penalty area as his pass found Messi who’s shot would be stopped by the goalkeeper and hit the post. However, the ball would roll onto the line and Messi would score to draw PSG level.

A foul inside the penalty area as Mbappe pointed to Messi to take it. Messi took the penalty and a Panenka goal gave PSG the 3-2 lead. PSG would be given another penalty as Mbappe would take it and miss.

Angel Di Maria was not part of the squad as he was suspended while Mauro Icardi did not make the bench and Leandro Paredes is out injured.

Mbappe to Messi for a goal and the equalizer