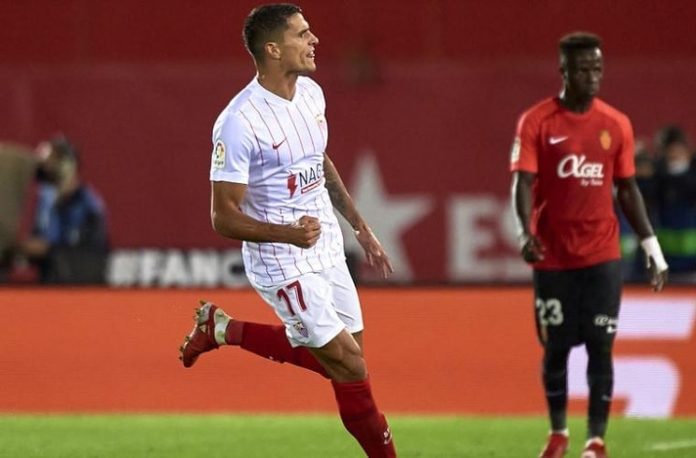 Erik Lamela scored for Sevilla in their 1-1 draw vs. Mallorca.

Lamela scored for th first time since the second match of the season as his goal earned Sevilla a 1-1 draw. Mallorca were leading 1-0 as Lamela received the ball from outside of the penalty area.

The Argentine would drift inside and curl a shot with his left foot into the top corner to draw Sevilla level. Lucas Ocampos would end up scoring in injury time but the goal went to VAR and was disallowed.

Marcos Acuña would start the match for Sevilla with Lamela and Ocampos being brought on as substitutes and Gonzalo Montiel on the bench.