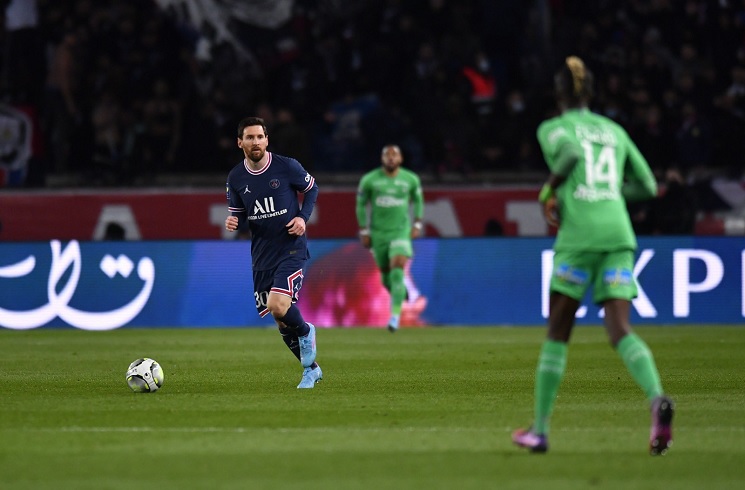 Lionel Messi provided two assists to Kylian Mbappe in PSG’s 3-1 win vs. Saint-Etienne as he reached 10 assists in Ligue 1 for the season.

Messi now leads Ligue 1 in assists as the Argentine has provided 10 of them. Going into PSG’s league match against Saint-Etienne, he was on eight assists.

With the score at 0-0, Messi provided a through ball which found Mbappe as he would score to give PSG the 1-0 lead. The seconnd one was a vintage Messi dribble.

The world’s greatest player received the ball and dribbled through Saint-Etienne players as if they weren’t even there before passing it on to Mbappe who scored. That brought Lionel Messi to 10 assists as he leads the league.

Angel Di Maria and Mauro Icardi would both be brought on as substitutes.