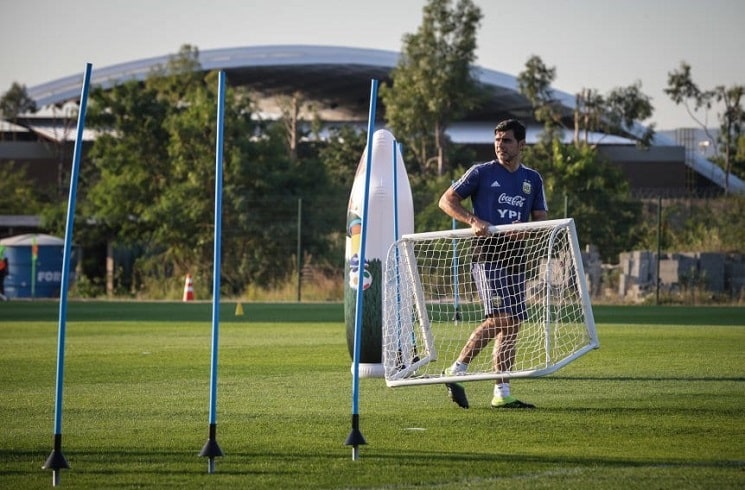 Ayala is part of the Argentina national team staff and was part of the staff which won the 2021 Copa America. Speaking with Radio La Red, he commented on the possibility of playing European teams and he also spoke about the Argentina national team, Lionel Messi and Diego Maradona. In regards to the list of players for the World Cup possibly being more than 23, here is what he had to say:

“There is talk of it being 26, we still don’t know. You know that it will be unfair to some people, you work with an important group of players and not all of them are going to be fortunate enough to go. If there’s more places, it will be good. You will have more solutions and less long faces.”

In regards to having more players in midfield:

“It’s a place where we would like to look at. I would say from there to the front. They are different characteristics.”

He also spoke about Lionel Messi and stated that “Here, he disconnects” from the atmosphere in Paris.

“A very nice group has been created. They’re enjoying it. The trainings come out the way we want them to. It becomes easy because they make it easy for us. There are no long faces. They are always anxious to be there.

“For many, he is the idol and he is by their side. He wants to be treated like another one of the boys. Here, things go well. He is well, he’s enjoying it. I see him as a leader, not just on the pitch but with small gestures. That means a lot to us.”

“Every time I have to talk about Diego, I get a lump in my throat. For us, he was a benchmark. What I wouldn’t give for him to give the talk prior to the start of the World Cup in Qatar.

“Maradona could criticize you the day before but you would sit next to him and you would still be stunned. Talking about Diego always excites you.”