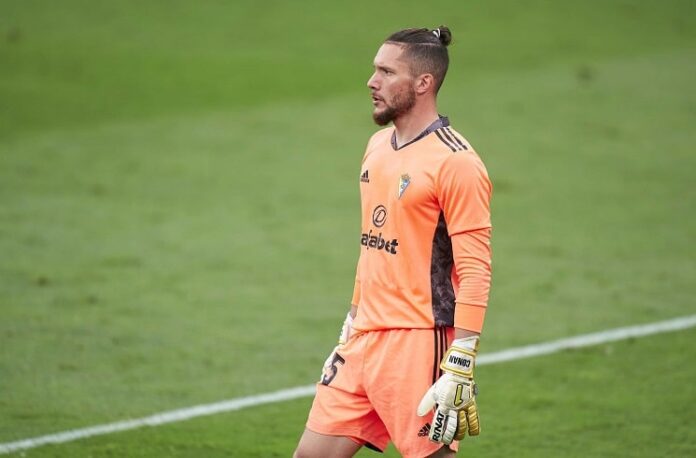 Jeremías Ledesma of Cádiz has stated that he wants to be part of the Argentina national team for the World Cup.

Ledesma has had a solid season with Cádiz. He has kept 11 clean sheets, most recently in a 1-0 win vs. FC Barcelona where he made six saves, three of which from inside the penalty area.

The Argentine was the goalkeeper at the recent Olympics where he was one of the better players. Speaking in an interview with ESPN, here is what he had to say:

“I always dream of that call and these matches, like the one against Barcelona, are ones that make it closer to achieve your goal.

“Gero Rulli, “Emi” Martínez, Musso and Franco (Armani) are at a very high level but I have to continue on this path to be closer to that call up.

“It’s difficult that they call you up from an Argentine club if it’s not Boca or River. When I got to Spain, I played two games and they called me up. It’s logical because I am in the second most important league in the world.”