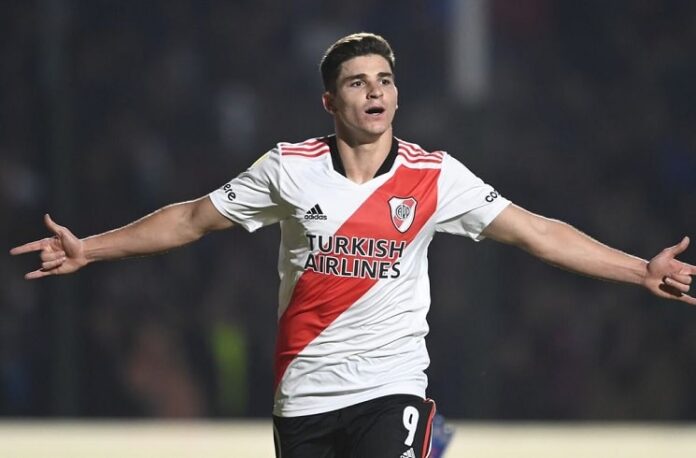 Julián Álvarez scored three goals for River Plate in their 7-0 win vs. Sarmiento.

Álvarez gave Manchester City fans more reasons to be excited about him. With River Plate leading 1-0, the Argentine scored the second, third and sixth goal of the match.

The 22 year old was onto a loose ball after a slip in the Sarmiento back line and he would convert to make it 2-0 to River Plate. A cross into the penalty area would find Álvarez as he would score with predator like instincts to triple River’s lead.

An explosive finish from the striker on the sixth goal as he would release an effort from inside the penalty area into the roof of the goal.