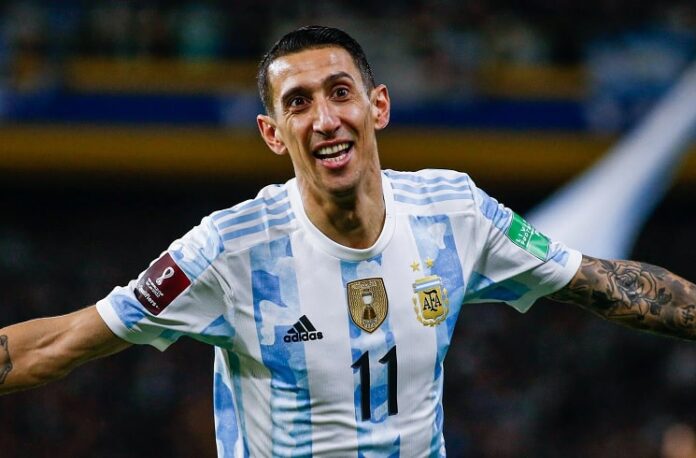 Ángel Di María spoke about his time with the Argentina national team, winning the Copa America and Diego Maradona.

Now 34 years old, Di María scored one of the most important goals in the history of the Argentina national team. Scoring the goal which won Argentina the Copa America.

But it was not always easy. Speaking in an interview with Todo Pasa, here is what he had to say:

“We went through very difficult times, very screwed up in which criticism is normal… but now we are in a positive way, in that beautiful moment of football. We were able to bring joy to all Argentines with that Copa.

“After the Copa America, when I got home and they were there (his daughters), they told me “finally you wonm, thsi time, they won’t be able to say anything.” It’s small things that people don’t know but behind it you have a family which suffers a lot.

“I believe this is my last chance of being World champion and I will try. Having won the Copa gives you that hope.”

Regarding the 2018 World Cup and Argentina:

“If we have to think or to be realistic, I believe we deserved to be eliminated in the group stages.”

About a possible retirement:

“The idea is one more (season) in Europe and then turn around. But we already know what football is like and we have to take it year after year, seeing how everything goes.”

“Diego was my second father. He was everything for me. He backed me when they didn’t back me. When they criticized me, he came out and back me, he kept picking me. He came every night to our room (where they were staying) and he spoke to me.”