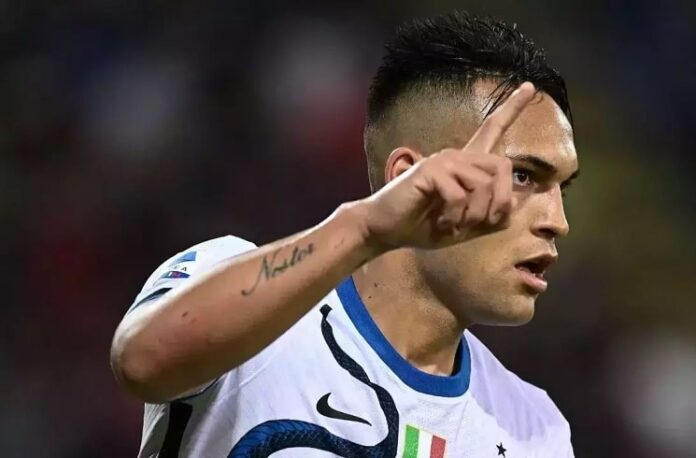 Lautaro Martínez scored twice for Inter in their 3-1 win vs. Cagliari.

Martínez reached 21 league goals this season with his strike on Sunday. With the score at 1-1, a cross from Inter’s own half found Lautaro as he dribbled towards goal, getting the better of his marker and scoring.

The Argentine on 20 goals would add one goal. A cross to Gagliardini and he would play a pass to Lautaro who chipped the goalkeeper and scored.

Still only 24 years old, Lautaro has scored 74 goals for Inter, the same amount of goals Adriano scored for the club. Lautaro scored them in 180 matches and Adriano in 177 matches.