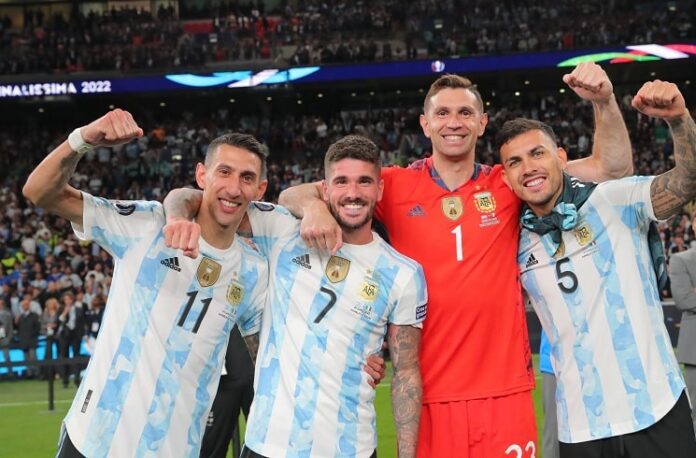 The Argentina national team are back in Bilbao and are without Emiliano Dibu Martínez and Leandro Paredes.

Argentina are back in their training camp in Bilbao after winning the Finalissima on Wednesday. The team won 3-0 to lift their second trophy, having won the first it the Maracana and the second at Wembley.

National team coach Lionel Scaloni released two players from the team. Per Gastón Edul, both Emiliano Dibu Martínez and Leandro Paredes are not with the team as both are unfit.

Scaloni is thinking of making changes for the match against Estonia on Sunday as the team will train three more times.