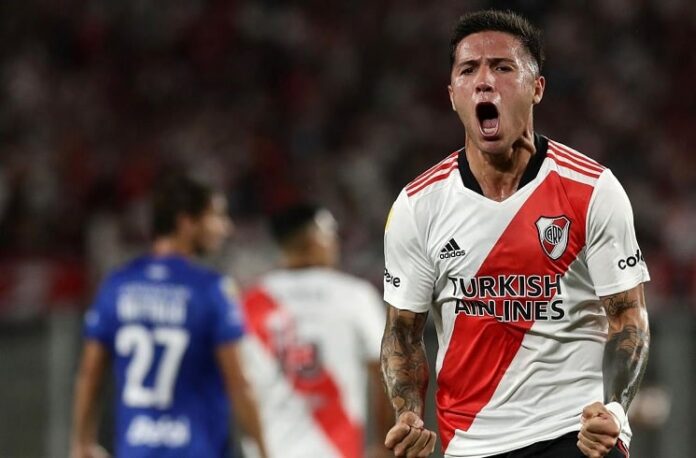 AC Milan, Benfica, and Wolverhampton are interested in signing River Plate’s central midfielder Enzo Fernández this transfers market. Although the Argentine club intends to hold onto the player until December for when the Copa Libertadores is over, the rising level of the 21-year-old makes his jump to the European elite imminent.

Fernández has a release clause of €20 million which, according to reports, these three teams are willing to pay. Per ESPN journalist Javier Gil Navarro, Wolverhampton’s head of scouting Mathew Hobbs is traveling this Tuesday to Buenos Aires with the intention of tying up the deal.

The young Argentine promise, who has been called up by Lionel Scaloni in November of 2021,
is having a great season and, with Julián Álvarez, they are both key players in Marcelo
Gallardo’s River Plate. Now, Fernández might see playing in Europe as a good possibility to have more chances to be selected in the list of 26 that will represent Argentina in Qatar’s World Cup.