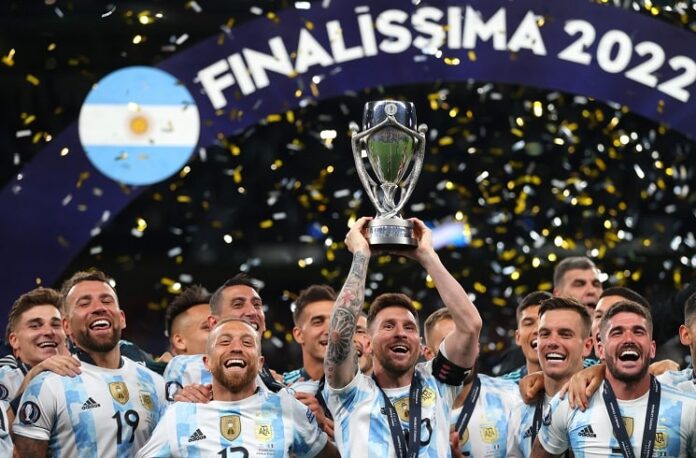 The Argentina national team series on Amazon Prime Video is set to be released on Friday, July 22.

Argentina’s Amazon Prime Video series, which was originally set to be released on July 10 has been pushed back. The video will instead be released tomorrow with the first two episodes.

As we reported last month, the series will cover Argentina at the 2021 Copa America, the road to the 2022 Qatar World Cup and the Finalissima. It will cover behind the scenes footage with many anticipating to watch Lionel Messi’s famous Copa America final speech.

Amazon Prime Video have launched the official trailer for the Argentina national team series! It will cover behind the scenes at the Copa America, the Finalissima and World Cup qualifiers! 🇦🇷pic.twitter.com/lfW0X7f3xx