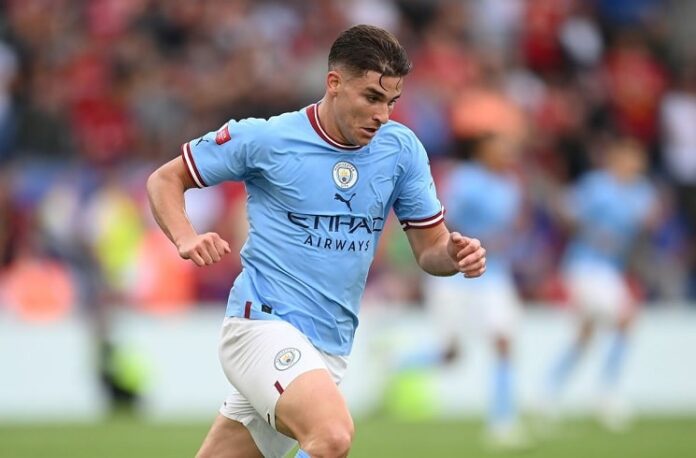 Julián Álvarez and Alejandro Garnacho have both been substitutes for their respective clubs in the Premier League.

Since that match, Garnacho has not played for United as coach Erik ten Hag continues to include him in the team. With United’s struggles, it would be interesting to see if the 18 year old does make start or if he is substituted on for United in their match on Monday vs. Liverpool.

Álvarez, who was signed before the league champions got Haaland’s signature, played 12 minutes vs. West Ham and 16 minutes against Bournemouth. The club made it clear that Álvarez will not be leaving on loan and will spend the season with them.

It remains to be seen if this could prove to be beneficial to the Argentina national team. Having Álvarez on the bench, resting and training with some of the best players in the world could mean that he reaches the FIFA World Cup in Qatar in tremendous form.