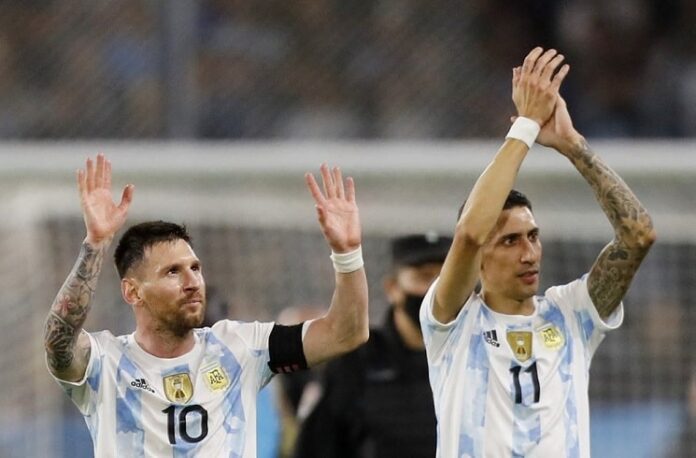 Lionel Messi, Ángel Di María and a few more players have arrived to Miami for Argentina’s two games in the United States.

Messi arrived with Ángel Di María, Leandro Paredes and Nicolás Tagliafico to Miami, which is where the Argentina national team will be based in September for their games.

Thiago Almada of Atlanta United also arrived with Alexis Mac Allister from the Premier League also flying out. More players are expected to arrive on Monday.

The Argentina national team will two games in September. The first one on September 23 vs. Honduras at the Hard Rock stadium in Miami and the second on September 27 vs. Jamaica at the Red Bull arena in New Jersey.

Argentina will be training at Inter Miami’s training facility.