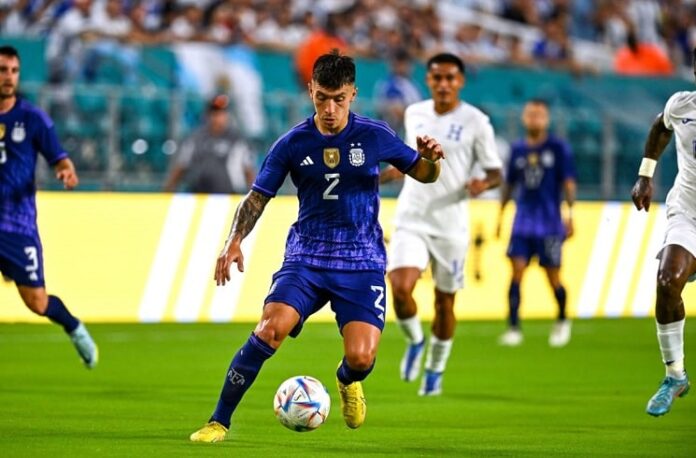 Lisandro Martínez will go up against Julián Álvarez in the Manchester derby on Sunday.

It’s going to be a battle of two of Argentina’s best young players on Sunday with the international break now over. Manchester City host eternal rivals Manchester United.

Both players featured for the Argentina national team in the most recent international break and will now play against each other. Of the two, Lisandro is the most likely to start.

Cristian Romero and Tottenham Hotspur visit their eternal rivals Arsenal in the first game of the weekend in the Premier League. Alexis Mac Allister, who is also part of the Argentina team, is away with Brighton vs. Liverpool.

Marcos Senesi and Bournemouth will hope to try and get some points as they host Brentford. Manuel Lanzini and West Ham host Wolves.

In the last game on Sunday, Emiliano Dibu Martínez and Emiliano Buendía are away to Leeds United.