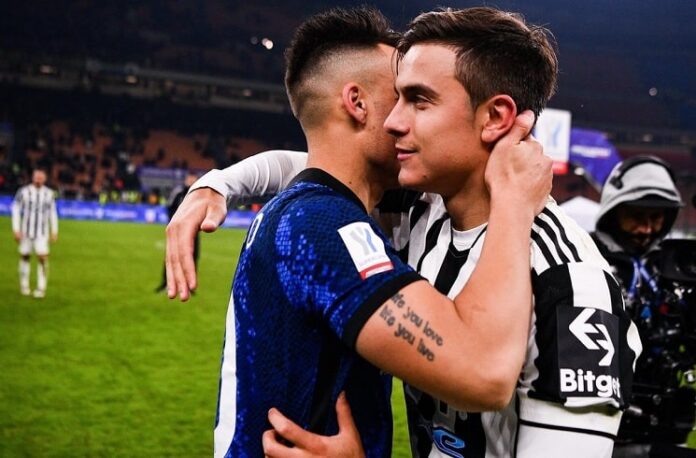 Lautaro Martínez, Joaquín Correa and Inter host Paulo Dybala and AS Roma in Serie A on Saturday.

Martínez and Correa both played for Argentina in the most recent international break while Paulo Dybala did not enter the pitch.

Paulo Dybala was reportedly rested and not risked by Argentina national team coach Lionel Scaloni for the two games against Honduras and Jamaica. For Lautaro, he scored in the 3-0 win vs. Honduras last week.

The first Serie A game on Saturday sees Gio Simeone and Napoli against Torino. Nicolas Gonzalez and Fiorentina visit Atalanta, who are without Juan Musso due to surgery.

The last game on Sunday has Ángel Di María and Leandro Paredes against Bologna. Monday’s game as Roberto Pereya and Nehuén Pérez with Udinese against Verona.