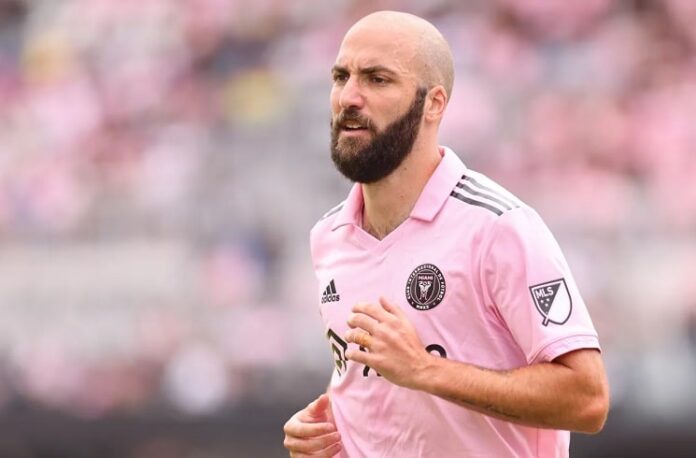 Gonzalo Higuaín has announced his retirement from football.

Higuaín has stated that he will be retiring from football at the end of the 2022 MLS season. Presently with Inter Miami, the 34 year old s scored 364 goals in his entire career.

Speaking at a press conference on Monday, Higuaín stated that this would be his final season. Here is what he had to say:

“My biggest motivation is helping my teammates I think the best gift that I can give to my teammates is to be able to retire as a champion with them because they’ve been there with me, they’ve seen me during my downs this year and they’ve helped me throughout this path. Not only players, but physios staff, my brother, my family and this is for all of them as well.

“I want to retire here as a champion, like I deserve to retire and it would be a very special dream. I know there’s two games left and we really hope that the fans come to the stadium and pack the stadium because it’s very important for us. And then once we get to playoffs, the story is different and my dream is to retire as a champion with all my teammates.

“Football has given me a lot. I leave having given all of me and more. Thank you to everyone. The time to say goodbye has arrived.”

The Argentine first started at River Plate where he played 15 games. He would join European giants Real Madrid, where he would win several trophies at the club and score 121 goals.

He would join Napoli and score 91 goals, with 36 of them coming in one season. At Napoli, he would win the Coppa Italia and the Supercoppa Italiana at the club.

Juventus was his next club, scoring 66 goals and winning three league trophies. He wouldjoin AC Milan where he scored eight goals and after that Chelsea where he would score five goals.

Inter Miami is his present club. He has scored 27 goals in the MLS.

With the Argentina national team, he scored in his debut game. The historical 2-1 win vs. Peru, he would make his debut and score the first goal of the game.

For several years, he would form part of the fantastic four with Lionel Messi, Angel Di Maria and Sergio Aguero. A scorer of many big goals, his biggest with the Argentina national team was at the 2014 World Cup vs. Belgium.

His goal against Belgium took Argentina to their first semi finals of a World Cup in 24 years. A finalist of three tournaments with the national team, Higuaín is often remembered for his miss in the World Cup final.