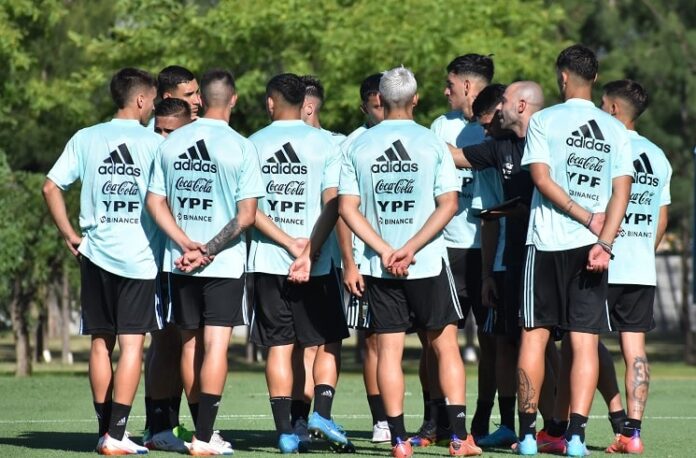 Argentina U20 coach Javier Mascherano has announced the preliminary team for the Sudamericano which will be played in January and February.

While the senior national team, the entire country and fans worldwide celebrate the Argentina national team winning their third World Cup, Javier Mascherano and his coaching staff are at work.

The Argentina U20 team will take part in the U20 Sudamericano tournament which will take place between January 19 and February 12 in Colombia. The team has been drawn in Group A along with hosts Colombia, Brazil, Paraguay and Peru.

Javier Mascherano has announced his preliminary list of players for the tournament and training has already started for the tournament. Goalkeeper Federico Gomes Gerth was the sparring player with the Argentina national team at the World Cup. Some of these players have also been part of previous youth tournaments.

There is one call up to a Premier League signed player, Facundo Buonanotte, although he is still playing in Argentina. Benjamin Cremaschi of Inter Miami is also on the team. Here are the players that have been called up:

Mascherano’s team plays Paraguay on January 21 in their first match. After that they will play against Brazil on January which is followed by another match on January 25 vs. Pery. The last group match is on January 27 vs. Colombia.