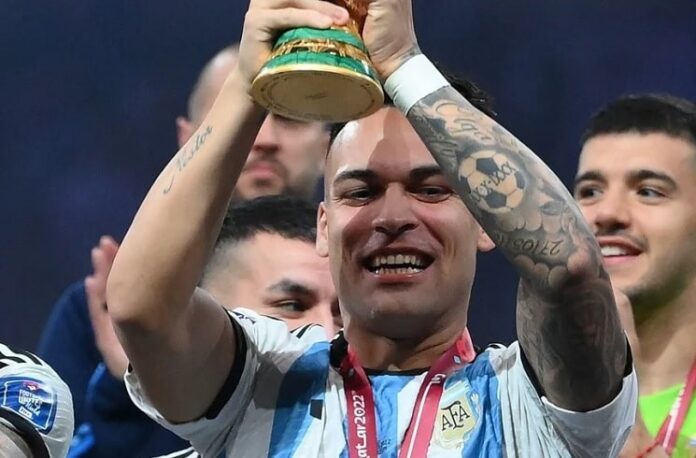 Lautaro Martínez spoke at a press conference in Italy prior to Inter’s match vs. Napoli on Wednesday. He commented on Argentina winning the World Cup and his performance in the
tournament.

When asked about the moment when Gonzalo Montiel scored the last penalty, giving Argentina the title, el Toro” expressed the following:

“It was truly unique. I didn’t think it could be so beautiful. It’s indescribable, a dream come true. Winning the title was always the goal.”

He mentioned that “the strength of a group is essential”, and that he will try to convey that to his clubmates.

Martínez also talked about his performance in the World Cup and did a harsh self-evaluation. In addition, he praised Julián Álvarez on how well he replaced him in the attack:

“I didn’t do the World Cup I wanted. I didn’t arrive as expected, I was playing with my ankle injected with painkillers. Then a colleague came in who did better than me and I’m very happy. I gave everything, even from the outside. It’s nice when you have a partner in attack who does things so well.”