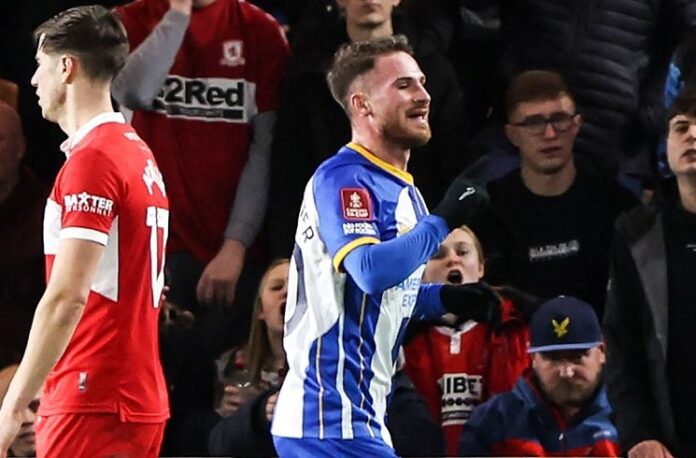 Alexis Mac Allister scored twice for Brighton in their 5-1 win vs. Middlesbrough.

Mac Allister scored his first goal since scoring against Poland for Argentina at the World Cup. He was brought on as a substitute in their FA Cup match and a back heel flick by Mac Allister found the back of the goal and he gave Brighton the 3-1 lead.

Brighton were also awarded a free kick which Mac Allister took but he hit the post. But he would get another goal.

The Argentine scored a goal similar to the one he scored vs. Poland with Argentina at the World Cup. A pass into the penalty area and he would side foot it and score his second goal of the match.