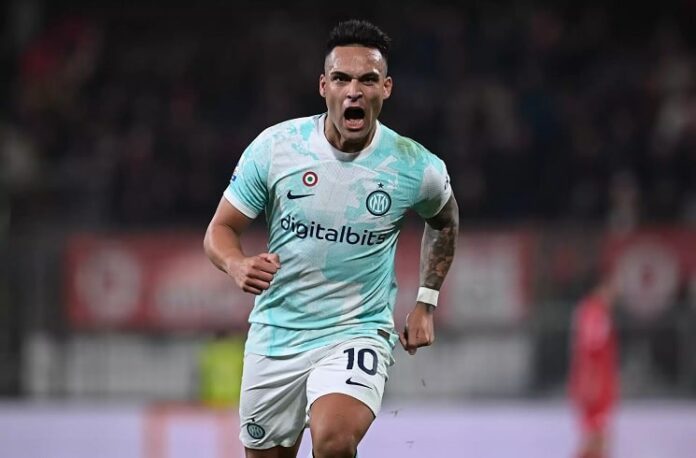 Lautaro Martínez scored for Inter in their 2-2 draw vs. Monza on matchday 17 of the Serie A.

Although his team couldn’t get the win after conceding the equalizing goal in the last minutes of the stoppage time, the Argentine striker was able to score and momentarily give Inter the 2-1 lead in the first half. After great individual pressing and some questional decision making from the Monza defender, he could recover the ball and shoot with nearly an open goal.

Based on the Sofascore ratings of the game, Lautaro was the best player of the match along
with Matteo Pessina of Monza, both with a 7.8 rating. On the other hand, the other Argentine at Inter, Joaquín Correa, was on the bench and didn’t get any minutes on the field in the draw.