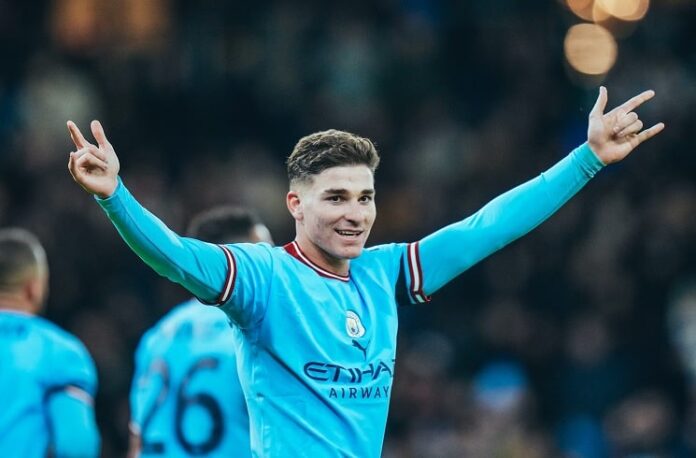 Julián Álvarez scored for Manchester City in their 4-0 win vs. Chelsea for the 3rd round of the FA Cup.

The young Argentine striker asked for the ball after a handball in Chelsea’s box and went to take the penalty. Although Chelsea’s goalkeeper Kepa Arrizabalaga tried some “Dibu” Martínez’s mental games on Julián, “the spider” managed to place the ball low next to the
right post of Kepa and scored the 2-0.

Álvarez played the entire match as City’s coach Pep Guardiola put mostly a reserve team on the field for today’s game. It was Julian’s first goal since the World Cup. He had scored his last two goals in Argentina’s semifinals 3-0 win vs. Croatia.